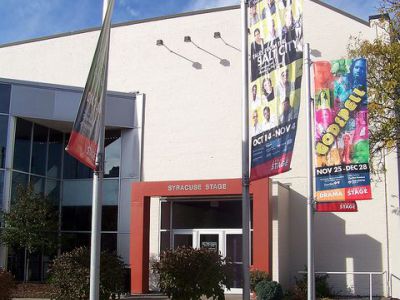 Syracuse Stage is a professional non-profit theatre company. It is the premier professional theatre in Central New York. It was founded in 1974 by Arthur Storch, who was its first artistic director. The company grew out of the Syracuse Repertory Theatre that was founded in the mid 1960's by founders Marlow Burt, Robert B. D'Angelo and Rex Henriot.

Each year, it offers several productions, including one collaboration between Syracuse Stage and the drama department of Syracuse University.
Image by City of Syracuse Flickr on Flickr under Creative Commons License.
Sight description based on wikipedia