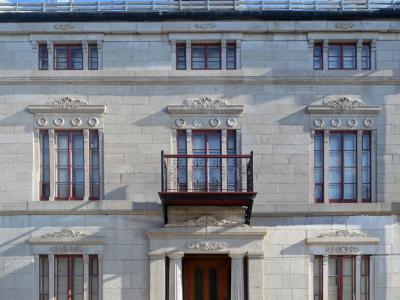 The house's Greek Revival facade, a masterpiece of the genre, is tastefully decorated with palmettes and discreet laurel wreaths. The main floor has huge bay windows that open onto a single expansive living room in the London style. From the time of its construction, the house incorporated all the modern amenities: central heating, hot running water and multiple bathrooms. Antoine de Saint-Exupéry, author of "The Little Prince", was hosted here by the De Koninck family in the early 1940s.
Image by Selbymay on Wikimedia under Creative Commons License.