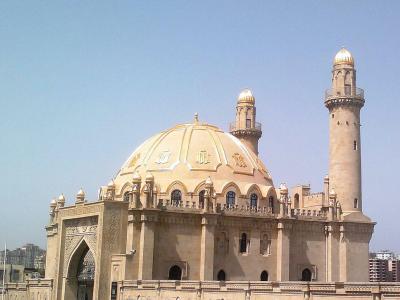 Interior of the mosque has an area of 1400 square meters and decorated with ornaments of painting schools of Azerbaijan plus with samples from eastern ornaments. The height of the dome and a half meters. The mihrab and dome of the mosque made of marble, while decorative elements of the mosque, the tops of minarets and labels are made of gold.
Image Courtesy of Wikimedia and Interfase.
Sight description based on Wikipedia.