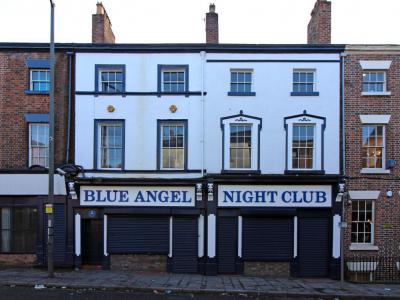 Especially popular amongst university students, this Liverpool institution, known locally as The Raz, is revered by many as equally as it is feared and loathed. Historically a jazz club, it was at one point owned by the Beatles' first manager, Alan Williams, and served as setting for the band's first audition for a tour outside of Liverpool, but also for the band's original drummer, Pete Best. During his time managing the club, Williams refused entry to Bob Dylan and is said to have ejected Judy Garland.

Nowadays, Blue Angel is the type of place where you can have a good dance and enjoy a few drinks, granted you have a few hours and a reasonable number of friends. It is not the kind of club you spend your entire night in if you're planning to stay out for more than a few hours. In essence, The Raz works as either a starter club or an end-of-the-night, last resort kind of place, to enjoy a few drinks with friends as well as a guilt-ridden dance to cheesy pop music (the guilt-ridden dance is, of course, optional). Just make sure you don't wear anything white, or any pricey footwear!