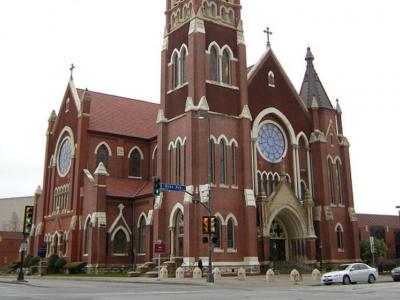 The Cathedral Shrine of the Virgin of Guadalupe, Dallas

This congregation is also a great promoter of the arts in the area. They hold events for the Arts District many times each year. They also sponsor the Greater Children’s Chorus of Dallas, which is a sacred choir. It is located in the same area is the Sculpture Garden, Dallas Symphony, and the Dallas Museum of Art.
Image Courtesy of Wikimedia and Joe Mabel.