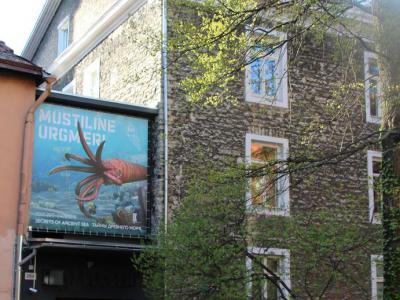 The location has been designed to make the viewer aware of the abundance of plant and animal life in the Tallinn area. So, they have literally stuffed three stories of the building with taxidermy of every kind of animal from the area, as well as dried specimens of the most popular plant life. The largest single fish ever caught in the Baltic is also on display here, and is the mascot of the museum.

The museum was founded in 1841 by a group of naturalists who belonged to the Estonian Literary Soceity. In 1864, it was renamed the Provincial Museum. The People’s Commissars of the Estonia SSR officially started the museum and gave the first money. Eerik-Madis Kumari was the first staff member and acting director. The institution managed to amass close to 100,000 geological, botanical, and zoological specimens through the years. Sadly, the museum was damaged by bombing in 1942. It was restarted after the war, but was limited in its ability to display the true history of Estonia by Communist law. After Estonia gained independence in 1991, the museum was again upgraded.

This sight is featured in a self-guided walking tour of Tallinn, Estonia within the mobile app "GPSmyCity: Walks in 1K+ Cities" which can be downloaded from iTunes App Store or Google Play. Please download the app to your mobile phone or tablet for travel directions for visiting this sight. The app turns your mobile device to a personal tour guide and it works offline, so no data plan is needed when traveling abroad.

Tallinn was once Europe's greatest fortified city and still houses a vast range of magnificent defense towers and historic gates. These unique constructions are a precious treasure of medieval architecture and have played witness to an important time of the world's history.

Tallinn is home to several of Europe's most interesting and impressive museums. The museums specialize in everything, from history and art to old-fashioned dolls, photo cameras, musical instruments, and sea mines. Take a journey through Tallinn's museums and explore the history and culture of this great city.

Old Town is the most popular tourist destination in Tallinn. Constructed within the 13th-16th centuries, when Tallinn was an active member of the Hanseatic trade league, the Old Town slowly evolved into an enclosed district of colorful, ancient gabled houses, medieval towers and gates, half-hidden courtyards, and ostentatious churches. Old Town Tallinn is undoubtedly worth a visit.