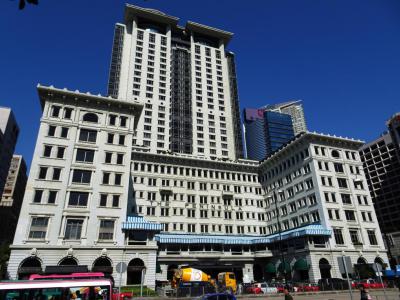 The Peninsula Hotel is one of Hong Kong's older luxury hotels. It was completed in 1928 with the goal of being the most luxuriant hotel in the East.

The hotel was founded by the Kadoorie family who hosted nightly dinners, dinner dances and afternoon tea dances. It also held concerts every Sunday. It quickly became a celebrity favorite and a popular meeting place.

Perhaps most notably, the Peninsula Hotel's third floor was the spot where the governor of Hong Kong, Mark Aitchison Young, surrendered to Japanese forces at the culmination of the Battle of Hong Kong. The hotel was briefly renamed the Toa Hotel as Japanese officers turned the building into their headquarters.

The hotel has been expanded and refurbished in recent years. One of the most widely recognized additions to the Peninsula Hotel is its fleet of green Rolls Royces. It is also known for its fashion houses, which are home to some of the biggest names in the industry. These include Gucci, Prada, Cartier, Hermes and Harry Winston.

Visitors can find the Peninsula Hotel on Salisbury Road, adjacent to the Hong Kong Space Museum.
Image by Exploringlife on Wikimedia under Creative Commons License.