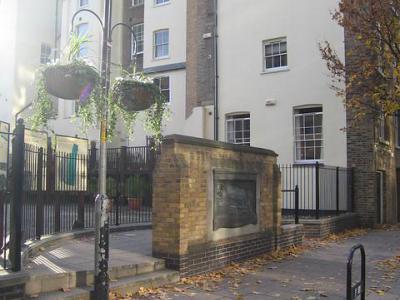 The Site of the Original Globe Theatre, London

The original site on which The Globe theatre once stood, first opened in 1599, is now marked by a plaque and a series of illustrative panels. Back in the day, Park Street was called Maiden Lane and was part of The Liberty of the Clink area outside of control of the City and the Surrey County Sheriff. At some point, the area fell under the jurisdiction of the Bishop of Winchester who, instead of banning them completely, taxed the theatres, animal baiting rings and even brothels operating therein.

The Globe site was discovered during excavations revealing approximately five percent of the original foundations of the first (and second) Globe, thus proving that the famed theatre was a 20-sided polygonal building and providing vital info for its future replication. It is believed that about 15 of Shakespeare’s plays, including many of his most famous productions, had their first or very early shows at The Globe once located at this site.
Image by Pablo Sanchez Martin on Flickr under Creative Commons License.