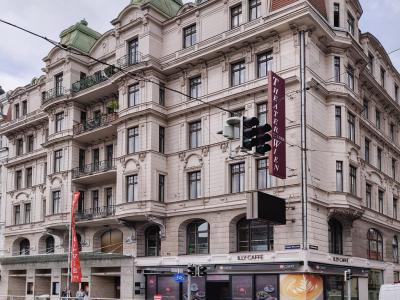 Splendid architecturally, well organized, and with a program of shows that hosts the most important artists in Europe year-round, Vinenna's oldest standing theater is a pleasure for tourists. You can read interviews with singers who say that they love it, too, because of its intimacy and the way its acoustics show off the voice.

Theater an der Wien was opened in 1801; a statue above the original Millöckergasse entrance (around the corner from the present main entrance) shows its founder, Emanuel Schikaneder, playing Papageno in Mozart's "The Magic Flute". The building is also closely linked to Beethoven, who lived here while working on "Fidelio" (his only opera, celebrating the triumph of marital love and female heroism over the cruelty of official tyranny), but also to Johann Strauss Jr, whose operetta "Die Fledermaus" was premiered on 5 April 1874 and has been part of the regular repertoire ever since.

The spirit of musical history probably adds to one's enjoyment, but the performances one sees here – including daring performances of 20th- and 21st-century works – are wonderful in themselves: imaginative and effective staging, fine orchestras and choruses, and exceptional singers. Tours of the foyer, auditorium, and stages (with a sneak peek into the cloakrooms and mask collection) sold at the box office cost €7 per person and are a wonderful way to get the entire history and see backstage areas.