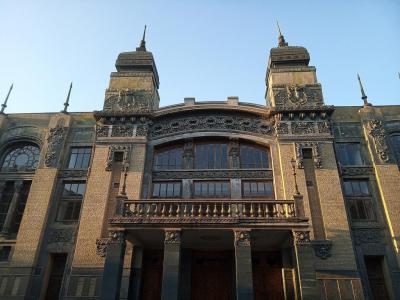 Theatre of Opera and Ballet, Baku (must see)

The Akhundov Azerbaijan State Academic Opera and Ballet Theatre has an interesting back story. According to an urban legend, Daniel Mailov admired the voice of Nezhdanova so much he offered to build an opera house in her honor. The renowned soprano was the first person to perform at the new opera house. In 1916, the theatre acquired its first resident opera company before becoming a state theatre in 1920. In 1959, it received the status of an academic theatre. After a mysterious fire in 1985, the theatre was fully restored and reopened in 1987.
Image Courtesy of Wikimedia and Interfase.
Sight description based on Wikipedia.