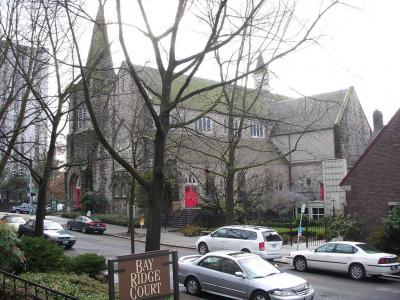 The church building was designated a Seattle Landmark in 1976 and has also received state landmark status. It was added to the U.S. National Register of Historic Places, in 1991.
Image by Dranster under Creative Commons License.
Sight description based on wikipedia