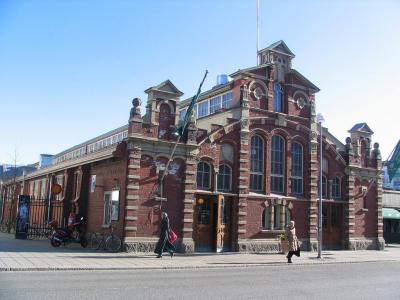 The Turku Old Market Hall is a shopping hall that opened in 1896 in Turku. It holds approximately 40 merchants.

The shopping hall was designed by Gustaf Nystrom, an architect who specialized in shopping malls. It is the second-oldest market hall in the country. It was built to bring market trading indoors, which the city thought would help merchants and their customers avoid physical fights and horse traffic.

The hall had space for 151 shops when it was newly constructed. The first cafe opened there in 1902. Some 70 years later, the Old Market Hall underwent a massive remodel to update cooling and heating systems. Another renovation in 2013 transformed the interior into up-to-date shops and a food court.

Consumers may purchase bread, dairy, meat, fish, handicrafts, flowers, toys, clothes, or jewelry. Cheeses, teas, and spices are popular items with tourists who want to save a sample of Finnish cuisine.
Image Courtesy of Wikimedia and Zache.