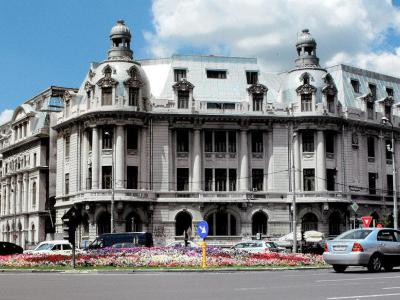 In 1694, Constantin Brâncoveanu, ruler of Wallachia, established the Princely Academy of Saint Sava in Bucharest with the initial language of instruction being Greek. Later, in 1776, Alexander Ypsilantis, another ruler of Wallachia, reformed the curriculum of the Saint Sava Academy by having added courses of the French, Italian and Latin languages. In 1859, the Faculty of Law was created. In 1857, Carol Davila established the National School of Medicine and Pharmacy. In 1857, the foundation stone of the University Palace in Bucharest was laid. In 1956, student leaders, mainly from this university, planned a peaceful protest against Romania's Communist regime but were forcibly prevented from carrying it out.

The area around the old University building (the University Square), adjacent to the C. A. Rosetti, Roman, Kogălniceanu, and Union Squares was the scene of many riots, protests and clashes with security forces during the Romanian Revolution of 1989. In the months of April–June 1990, the University of Bucharest was the centre of anti-communist protests.
Image by claudiu nh on Wikimedia under Creative Commons License.
Sight description based on wikipedia