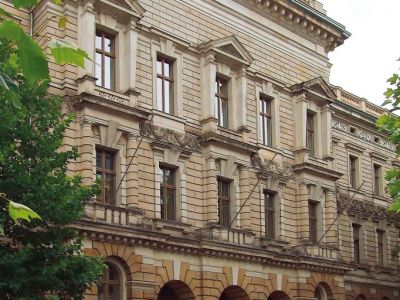 University of Music and Theater, Leipzig

Founded in 1843 by Felix Mendelssohn as the Conservatory of Music, this is the oldest music university in Germany. It includes the traditional Church Music Institute founded in 1919 by Karl Straube. In 1992 the Hans Otto Drama School, Germany’s oldest drama school became part of the college. Since the beginning there has been a close relationship with Gewandhaus and the Leipzig Opera House. This school leads all German music colleges, holding around 470 public events yearly.