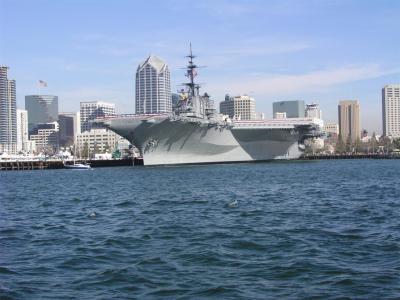 The United States' longest-serving aircraft carrier of the 20th century (from 1945 to 1992), USS Midway was known for several naval aviation breakthroughs as well as several humanitarian missions. Approximately 200,000 sailors stood aboard the carrier – the only one to serve the entire length of the Cold War and beyond before it was turned into a museum ship. A superbly impressive military museum and a fantastic place for a family trip!

A high-definition, holographic movie theater – "The Battle of Midway Theater" – was added in 2017, and two years later the museum added a virtual reality flight simulator ride in addition to its existing four flight simulators.