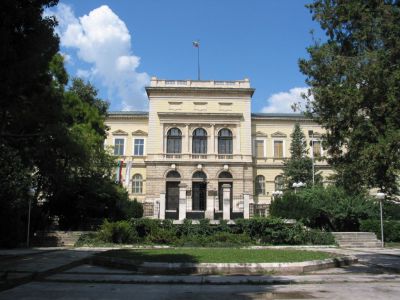 Founded in 1888, the Varna Archaeological Museum is housed in a historic building designed in a neo-renaissance style by noted architect Petko Momchilov. Originally built as a girl's school, in 1945 it became state property. Since 1993 the museum has had exclusive use of the whole building -- until then partially occupied since 1895. One of the largest museums in Bulgaria, it has an exhibition area of more than 2,000 square meters with artifacts from the prehistoric, Thracian, Ancient Greek and Ancient Roman periods. There are also exhibits from the times of the medieval Bulgarian and Byzantine Empires, the Ottoman rule and the Bulgarian National Revival.
Image by Extrawurst on Wikimedia under Creative Commons License.
Sight description based on wikipedia