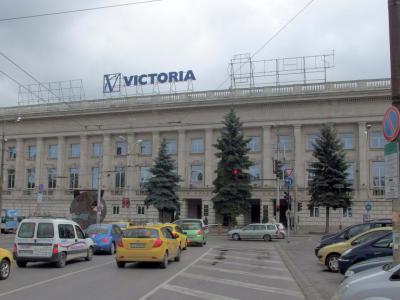 Vasil Levski National Stadium, named after Bulgarian national hero Vasil Levski, is one of Bulgaria's largest sports venues and the country's second largest stadium. The stadium has 43,230 seats and is located in the centre of Sofia, on the territory of the city's oldest and most famous park - the Borisovata gradina.

Vasil Levski National Stadium was officially opened in 1953 and reconstructed in 1966 and 2002. The Bulgaria national football team's home matches and the Bulgarian Cup finals are held at the venue, as well as athletics competitions. It was also used as the home venue for Levski Sofia's Champions League games. The stadium offers also judo, artistic gymnastics, basketball, boxing, aerobics, fencing and table tennis halls, as well as a general physical training hall, two conference halls and three restaurants. It hosted the 1957 European basketball championship.
Image by Georgi Kalaydzhiev on Wikimedia under Creative Commons License.
Sight description based on wikipedia