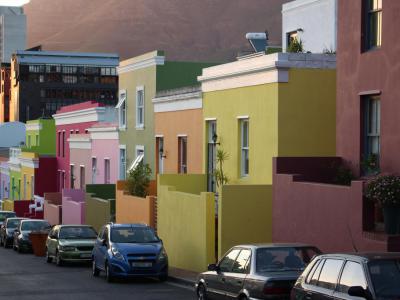 Wale Street transverses the heart of the Bo-Kaap District. Here, you will find colorful houses and traditional cobbled streets. Some of the houses date back to 1763-1768. In the 18th and 19th centuries, the Dutch captured slaves from Indonesia, Zanzibar, Mozambique, and Madagascar. These slaves leased homes in the Bo-Kaap district. According to folklore, when the houses were leased, they had to be painted white. After the slaves were granted freedom and allowed to buy houses, the former slaves painted the homes in vibrant colors.

The Bo-Kaap area is steeped in Malaysian culture. Many descendants live in the Bo-Kaap area and keep the "Cape Malay" traditions alive. Cape Minstrel Carnival is held every January 2nd and is a must-see if you are in the area.

While walking on Wale Street, keep an eye out for Islamic shrines, known as "kramats." You'll also see mosques, food markets, and craft markets in the area.