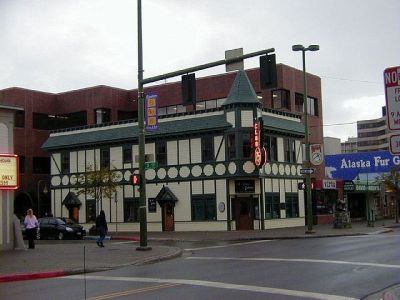 The Wendler Building is not only one of the oldest buildings in Anchorage, but it is also the only one with a corner turret. It was built in 1915 by A.J. Wendler to operate as a grocery store, with its owner's apartments situated above, on the second floor. It is the oldest commercial building in the city. Nowadays the building serves as a gift shop. The bronze statue of a dog in front of this building marks the starting point of the Iditarod Trail Sled Dog Race held in Alaska each year.
Image Courtesy of Flickr and dsmith_stg.