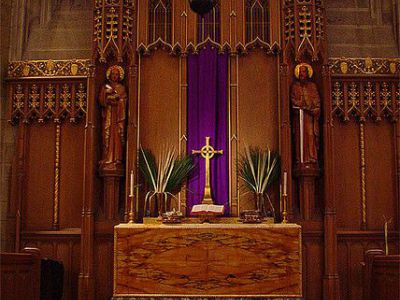 The congregation of Wesley United Methodist Church appeared as a result of the fusion between the Grace and Trinity congregations. The church construction began in 1924 and three years later its doors opened to the faithful. The construction itself serves as an impressive model of late Gothic Revival style. Due to the architectural and acoustical beauty of its sanctuary, Wesley United Methodist Church is one of the most solicited venues for musical performances in downtown Worcester.
Image by Dale C. Anderson on Flickr under Creative Commons License.
Sight description based on wikipedia