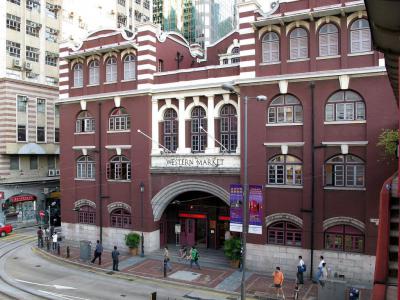 The building is constructed in the Edwardian style that was popular in England during the early Twentieth Century. Red brick and granite has been liberally used to create a poly chromatic effect. It is a combination of classical and modern design, as the refurbishment left the classical façade but added modern elements to the structure to add more space. The original building had consisted of two floors, with a soaring high ceiling. Another floor was recently added to make use of its high ceiling and provide more room for shops and restaurants.
Image by 9old9 on Wikimedia under Creative Commons License.