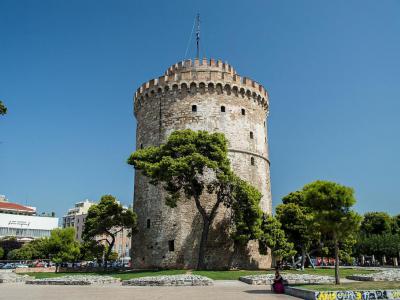 The tower has been altered substantially over the years. Early illustrations show that it was originally covered by a conical roof, like similar towers in the Yedikule Fortress and Rumelihisarı fortress in Istanbul.
Image by Ωριγένης on Wikimedia under Creative Commons License.
Sight description based on wikipedia