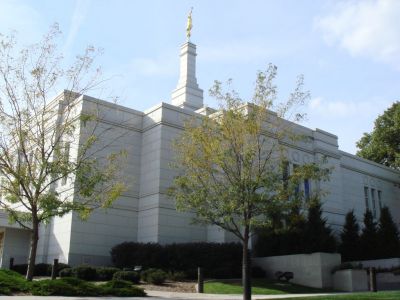 The Winter Quarters Nebraska Temple is the 104th operating temple of The Church of Jesus Christ of Latter-day Saints. Winter Quarters is considered hallowed ground for the members of the LDS Church. It was the site where early members of the LDS Church settled after they were driven out of Nauvoo, Illinois. It was also where many Mormons, including many who came from Europe, encamped before crossing the plains to the Salt Lake Valley.

In preparation for the open house, members of the Church and the community of Florence worked together creating handcrafted flowers for storefronts and decorating historic sites and markers with balloons. Over 61,000 visitors toured the Winter Quarters temple during its open house. Members all over the United States and Canada watched via satellite broadcast as Church President Gordon B. Hinckley dedicated the Winter Quarters Nebraska Temple on 22 April 2001. During the dedicatory prayer Hinckley recognized the sacrifice of the Saints and the great spiritual and historical significance of having a temple at Winter Quarters. The Winter Quarters Nebraska Temple has a total area of 16,000 square feet (1,500 m²), two ordinance rooms, and two sealing rooms.