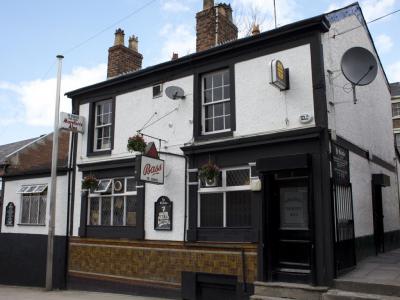 A proper unspoiled back street pub, Ye Cracke trades on Beatles connections, like many other places in Liverpool. Actually, its artistic history goes a little further back; it was home to the Mersey Beat scene, a group of poets and artists who aimed to emulate the late 1950s New York Beat scene. That scene nurtured the Beatles and others but the only real Beatles connection is that as a louche, leather-jacketed student at the nearby Art College, John Lennon used to hang out here to sit at the feet of Adrian Henri, Arthur Dooley, and other poets and artists. His girlfriend Cynthia, who was also an art student, started joining him later.

Still full of unconventional arty types seeking inspiration in some local brew, Ye Cracke is much more than just Lennon's old hangout – it boasts a great jukebox to put some tunes on, a magnificent secluded beer garden, and one of the city's best-kept secrets – the historic and atmospheric War Room, which is a Grade II listed space where war veterans once sat and recited old war stories.

Grab a pint, walk around, absorb the old-world ambiance, and then talk to the locals who frequent here – you will be warmly accepted!