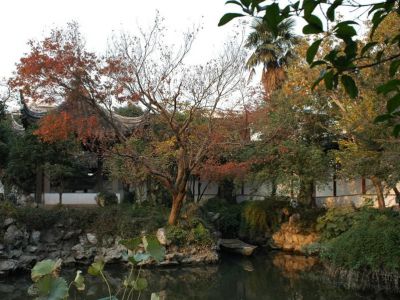 The Yiyuan Garden is a classical Chinese garden. It was built in the late Qing Dynasty in late 19th century, and is the most recently built Suzhou gardens.

The garden was originally a private garden built by Go Wenbin, an official of the early years of the Guangxu Reign of the late Qing Dynasty. It has been described as one of the most representative Suzhou gardens, comprising of a garden, a lotus pond, residences, artificial villages and ancestral halls. Because the garden incorporates all the elements of the various Suzhou gardens, it is sometimes regarded as an agglomeration of Suzhou's garden culture. Suzhou's garden culture.
Image Courtesy of Wikimedia and Zhang Qi.
Sight description based on Wikipedia.