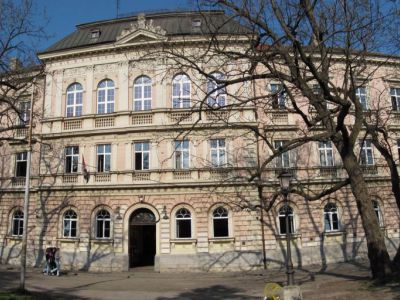 The Zemun Gymnasium is one of the most prominent educational institutions of Belgrade, renowned for its high academic record. It is located in Town Park, between the University of Belgrade Faculty of Agriculture and a primary school. The Gymnasium was founded on September 23, 1858, and initially had only one class with just 21 students. Under the Austrian and then Austro-Hungarian Empires, its language of instruction was German. The Renaissance-style building was completed in 1879, designed by Nikola Kolar. By 1912, it had proved insufficient to accommodate all the students and in 1916 was expanded with some additions in Post-Secessionist style. The building is now under the state's protection as a cultural monument.
Image by Lukaares on Wikimedia under Creative Commons License.
Sight description based on wikipedia