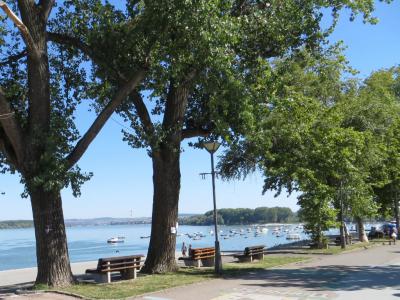 Zemunski Kej is the main Zemun's landing area for numerous boats. Also, as the bank (and thus the quay too) follows the line of the nearby Great War Island, it is the beginning point of the pontoon bridge which seasonally connects the island with the mainland.
Image by Milan Milan on Flickr under Creative Commons License.
Sight description based on wikipedia