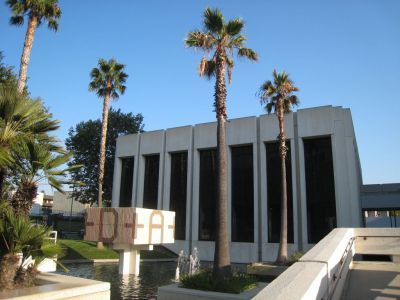 If you are an architecture buff, the Architecture and Design Museum, otherwise known as A+D Museum, is definitely your place. The only museum in Los Angeles dedicated to continuous architecture and design exhibitions, it was created to celebrate and promote awareness of architecture and design in everyday life and to fire interest of the public in what the greater Los Angeles area was like before and could become in the future. As a design think-tank and an all-inclusive information and education center for all things design, it features architecture, interior design, landscape design, fashion design, product design, graphic design, and film/theater design.

Every residential and commercial project from the past, present and the future is showcased here. Among the exhibits are short films, 3D models and interactive displays. One of the best parts is the Rethink Los Angeles section, where many architects reveal their ideas of how the city should look in the long-distant future. Another display of interest is the photos of Los Angeles from the late 19th century through the present day, allowing to see the city's evolution over the years towards the largest and most populated metropolis in California.

The museum was founded by Stephen Kanner and Bernard Zimmerman, the former of whom was inspired by a similar museum in Helsinki, Finland. The A+D Museum first opened its doors in January 2001 in the Bradbury Building, at 304 South Broadway, but then moved to a temporary location on the Sunset Strip in West Hollywood, after which it changed several locations in Wilshire Boulevard until finally returning to downtown L.A. to a warehouse-turned-museum in the Arts District in the summer of 2015.

A+D Museum is also home to the Stephen Kanner Education Center for Architecture and Design which partners with various organizations throughout the city to provide students with different opportunities for learning, growth and mentorship.