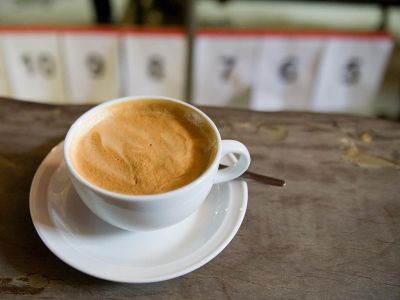 What to buy here: COFFEE: Coffee is Brazil’s premiere hot drink. In fact, the country was built on the coffee business, which displaced gold and sugar cane as the main economic force in the country in the 18th century – it was labelled ‘green gold’ by farmers then. By the end of the 19th century, coffee accounted for 70% of Brazil’s exports. These days Brazil is responsible for 30% of the global coffee production. Café Pelé is one of the best known coffee brands, named after the country’s greatest soccer player. It can be bought at most high street supermarkets, but if you’re after more upmarket, organic coffee, Armazém do Café may be just the ticket. The four-store chain offers a range of coffee types named after musical genres such as samba and mambo. They have three branches in Ipanema, one of which is Rua Maria Quitéria, 77. Tel: (21) 2522.5039, open Monday to Friday from 8:30am to 8:30pm, Saturdays 8:30am to 7pm and Sundays from 10am to 6pm. At the supermarket, prices start at $2. From finer merchants, $10.
Image by wonderferret on Flickr under Creative Commons License.

This sight is featured in a self-guided walking tour of Rio de Janeiro, Brazil within the mobile app "GPSmyCity: Walks in 1K+ Cities" which can be downloaded from iTunes App Store or Google Play. Please download the app to your mobile phone or tablet for travel directions for visiting this sight. The app turns your mobile device to a personal tour guide and it works offline, so no data plan is needed when traveling abroad.

Within the busy metropolis of Rio, you can find many places that will take you back to colonial times. Each of these exquisite buildings typifies a different architectural era, be it colonial, gothic, or neo-classic and so on. Today home to various cultural events, the following sights are a must-see for all visitors to Rio. This tour combines both Rio's bohemian downtown area and the...  view more