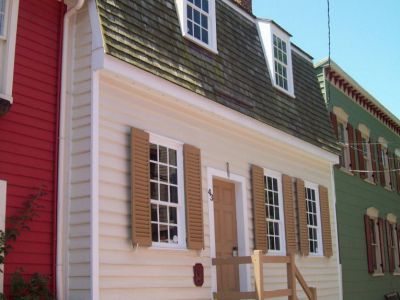 The house was likely used as a barracks during the Revolutionary War. Because of this, it is also commonly referred to as "Hogshead." The Hogshead is a contributing property in the Colonial Annapolis Historic District, is owned by the Historic Annapolis Foundation, and operated as an 18th-century period historic house museum with Colonial-era re-enactors.

The property was listed on the National Register of Historic Places in 1973.
Image by Pubdog on Wikimedia under Creative Commons License.
Sight description based on wikipedia