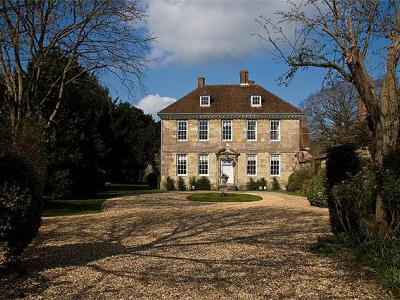 In the Close of Salisbury Cathedral is the Queen Anne house, "Arundells." The earliest recorded resident was Henry of Blunston, Archdeacon of Dorset. He resided there from 1291 to 1316. One resident, Father Leonard Bilson, was imprisoned for witchcraft in 1561.

Sir Richard Mompesson leased Arundells in 1609. His family later built neighboring Mompesson House. John Wyndham took residence in 1718. His daughter, Ann, married James Everard Arundel, and that is how Arundells came to be. By then England had become a Protestant country. James was staunchly Catholic. He would hide catholic priests in the attic.

Arundells was the site of the Godolphin Girls School from 1839 to 1844. It was later a boys boarding school. In World War II the house was a wool depot and library. After the war, demolition was contemplated but the house was saved by Mr. and Mrs. Robert Hawkings in 1964. The house was renovated and sold to Sir Edward Heath in 1985.

Sir Edward had the interior redesigned by Derek Frost. Frost modernized the house and designed furniture, including cabinets to house Sir Edward's sailing trophies and art awards. Heath bought the property in 1993. He died in 2005.

Arundells is open to the public five days a week from March to November. It is closed on Wednesdays and Thursdays. The house also is a venue for private events, recitals and conferences.
Image Courtesy of Wikimedia and Mike Searle.