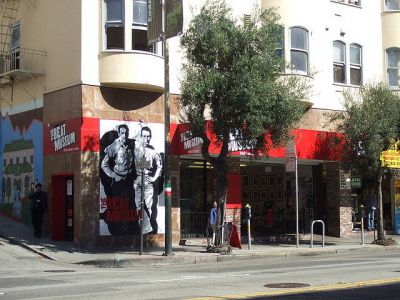 Located on the Broadway Street, the Beat Museum is more of a cult museum. A visit to this museum is like traveling back in time to the age of the Beat movement. From personal belongings of the heroes of the movement to the perception of the society, as seen from newspaper cuttings, you can find it all under one roof at Beat Museum.

Earlier located on Californian Coast between Big Sur and the city of San Francisco, the museum was relocated to the birthplace of the Beat Movement, the North Beach area. It was here in 1955 that Allen Ginsberg first read ‘Howl’. Other Beat writers like Lawrence Ferlinghetti and Jack Kerouac made North Beach a platform for free speech. Other than the memorabilia of the movement like posters, artwork, books and Kerouac’s tweed jacket, the museum tells you about the movement's begining, its significance, the arrest of Ferlinghetti, the Howl Trial and what happened to the women who participated in the movement. To top it off, the museum also houses Ginsberg’s copy of Howl, which he had sent to other writers for review. It also shows you how the movement was influenced by events like space programs, demands for gay rights, etc.

You can also collect your own piece of San Francisco history in the form of souvenirs like T-shirts, sweatshirts, books, CDs, posters, artwork from the gift shop and make your visit truly memorable.