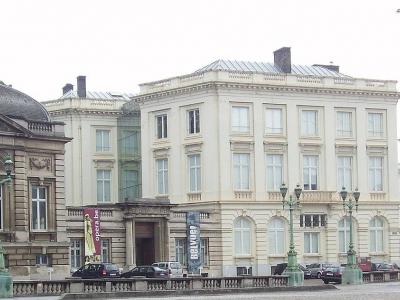 For those interested in the national history of Belgium, the BELvue Museum is the place to be. The museum is next to the Royal Palace and is located in the 18th century Bellevue Hotel. The hotel served as a resting point for wealthy travelers and dignitaries. In 1977 the hotel was transformed into the present-day museum. Spread over three floors and twelve rooms, the museum exhibits cover the major periods in Belgium’s history from 1830 to 2005, with special emphasis on the Belgian Revolution, World War I and World War II.

Contemporary topics like suffrage, the golden 60s, and state reforms are also presented. The exhibits are rich in original documents and audiovisual testimonials, which provides additional context to the topics on display. Two floors of the museum maintain the original styles of Napoleon III and Louis XV, and are decorated with 18th century furniture. Each of the Belgian kings has an exhibit which takes the visitor through a series of works and portraits which display each king’s unique personality and accomplishments. Temporary rotating exhibits are also presented at the museum.

The BELvue is open from 9:30 am to 5 pm Tuesday until Friday, Monday only for groups with reservation, and from 10 am to 6 pm Saturday and Sunday in July and August.
Image by Ben2 on Wikimedia under Creative Commons License.
Sight description based on wikipedia