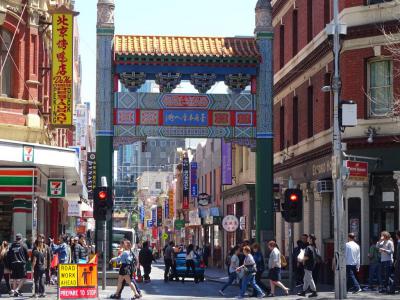 Chinatown is an ethnic enclave in the Central Business District of Melbourne, Victoria, Australia. It is notable for being the longest continuous Chinese settlement in the Western World and the oldest Chinatown in the Southern Hemisphere. Melbourne's Chinatown is a major tourist attraction, known for its architectural heritage, annual festivals and cuisines of Chinese, Thai, Japanese, Indian, Malaysian, Vietnamese and Korean origins.
Image by alh1 on Flickr under Creative Commons License.
Sight description based on wikipedia