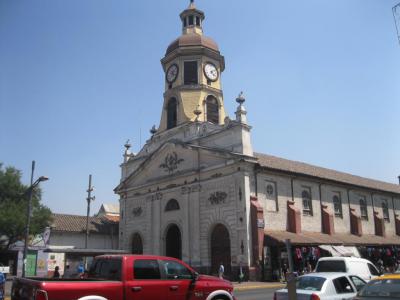 Church and Convent of the Franciscan Recoleta, Santiago

In the seventeenth century, dedicated Christians of Santiago, who wished to stay away from secular pleasures and to lead a life of sacrifice, closer to that of Jesus Christ's, would find refuge in the historic Franciscan Recoleta Convent. During the colonial era, travelers stopped here for compulsory prayers prior to heading up north of the country. Recoleta also has attracted many followers of the Franciscan friar Andresito who died here in 1853 and was attributed with miraculous powers.

The earthquake of 1730 did a lot of harm to the church and the convent, both of which were restored completely in 1811 and 1848, respectively, courtesy of Fermin Vivaceta, who also added decorations to the buildings for the sake of pleasing future generations. The restored temple features neoclassic style and has a central nave and two lateral vaulted ones. The altar has been made in a Baroque style of unique, polychromatic wood.

The temple, dedicated to the Virgin of the Summit, has an outstanding Baroque image of the Virgin featured on the altar. The church and convent of Franciscan Recoleta was declared a national monument of Chile in 1973.
Image by Alstradiaan on Wikimedia under Creative Commons License.