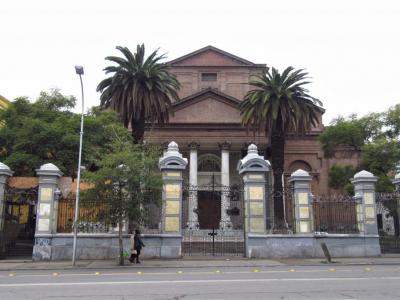 The Church and Convent Recoleta Dominica have been around since the 18th century. The Dominican congregation arrived in Chile in the 16th century and 200 years later, in the lands donated to the congregation by the authorities, established the Convent of Recoleta Dominica, one of the greatest in terms of religious observance of that period. The construction of their first house of prayer, very simple in design, started in 1753. The initiative to build a new temple came in 1853, when a new altar for the old church was commissioned. The project was designed by Italian architect Eusebio Chelli, but it was Manuel Aldunate and Avaria who effectively led the work to completion and designed the dome crowning the central nave. In 1886-1888 the convent was remodeled to its present appearance. Today, the complex represents an architectural and historic monument, and accommodates the Museum of Decorative Arts , the Dominican Historical Museum, and the Recoleta Dominica Heritage Library.
Image by Kallme on Wikimedia under Creative Commons License.