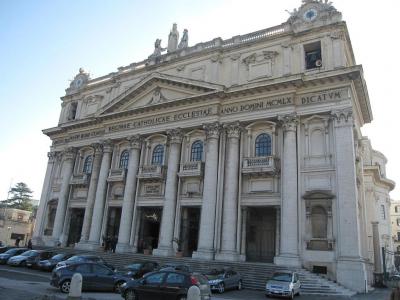 The Madre del Buon Consiglio dedicated to Saint Mary of Good Counsel is a large church located below the Capodimonte Palace. It is a recent 20th century construction that was consecrated in 1960.

The Church of Madre del Buon Consiglio was built as a result of two miracles. Maria di Gesù Landi, a young girl from Naples who had great faith in Our lady of Good Counsel painted a picture of the Saint that resulted in the end of a cholera epidemic in 1884. The same painting appeared miraculously in 1906 and cleared the ash clouds of the Vesuvius after an eruption. In gratitude to the Saint for the two miracles a church designed by architect, Vincenzo Vecchio, was built between 1920 and 1940. The church has become legendary because the head of the Madonna on the top of the church fell as a result of the earthquake of 1980 but remained miraculously intact.

The exterior of the Church of Madre del Buon Consiglio resembles the St. Peter’s Basilica in Rome. Many relics and works of art from damaged and abandoned houses of worship in and around Naples were brought and installed in the interiors. Three former Cardinal Archbishops of Naples are buried here and it has become an important place of pilgrimage in honor of local girl, Maria di Gesù Landi. There is also an art gallery with paintings dating back to the 16th century and sculptures depicting the apostles by Michelangelo Naccherino.
Image by Jeffmatt on Wikimedia under Creative Commons License.