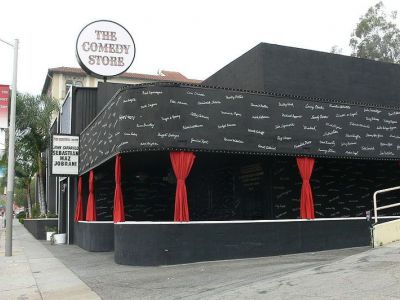 The Comedy Store is a comedy club located in West Hollywood, California, at 8433 Sunset Boulevard on the Sunset Strip. It has a sister comedy club in La Jolla, San Diego, California. The Comedy Store was opened in April 1972 by comedians Sammy Shore and Rudy DeLuca. The building was formerly the home of Ciro's, a hugely popular Hollywood nightclub owned by William Wilkerson, and later a rock and roll venue, where The Byrds were discovered in 1964.
Image by Mike Dillon under Creative Commons License.
Sight description based on wikipedia