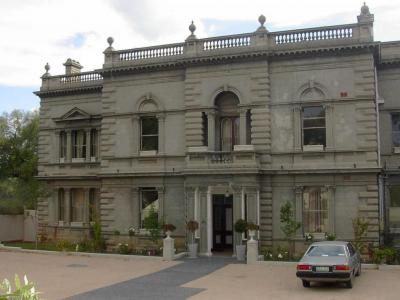 Melbourne during the 19th century was a city flush with wealth from one of the most lucrative gold rushes worldwide. The prosperity of the age is reflected in some of the impressive mansions that can still be seen around the city. Eildon Mansion is one such residence - built in 1850 and originally known as Barham House, it was extended in 1871 with new wings added. The home was built only a few short years after Melbourne was founded and this makes it one of the city’s oldest private residences.

St. Kilda was at the time, an exclusive seaside suburb where the wealthy built their summer homes and Eildon Mansion was built for one of Victoria’s wealthiest landowners, John Lang Currie, for his retirement. When Mrs Currie died, the home was sold and around 1930 it became a guest house. Despite many decades as a guest house and backpacker’s hostel, the interior has been well maintained and much of the original design and fittings can still be seen. Features include marble mantelpieces, a cellar, servants’ quarters, romantic bay windows and ornate plastering. The Alliance Française purchased the residence in 2006 and although there are no formal tours, you can visit for a look through the beautiful old home.
Image by Biatch on Wikimedia under Creative Commons License.