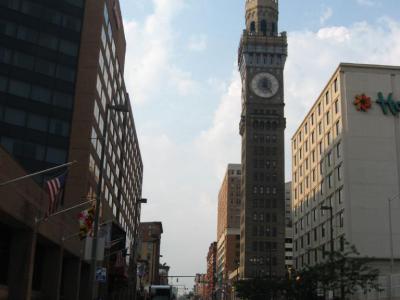 The tower originally had a 51 ft (16 m) Bromo-Seltzer bottle, glowing blue and rotating. Weighing 20 tons (18.1 tonnes), it was lined with 314 incandescent light bulbs and topped with a crown. The bottle was removed in 1936 because of structural concerns.
Image Courtesy of Wikimedia and Andrew Bossi.
Sight description based on Wikipedia.