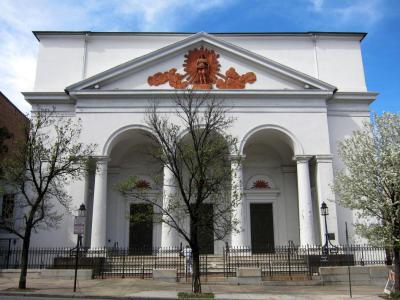 The building is significant in the history of Unitarianism as the site of William Ellery Channing's Baltimore Sermon of May 5, 1819, which laid the foundation for the Unitarian denomination. The First Unitarian Church was listed on the National Register of Historic Places on February 11, 1972 and designated a National Historic Landmark on February 20, 1972. It is within the Baltimore National Heritage Area. It is included in the Cathedral Hill Historic District and the Baltimore National Heritage Area.
Image by E. H. Pickering on Wikimedia under Creative Commons License.
Sight description based on wikipedia