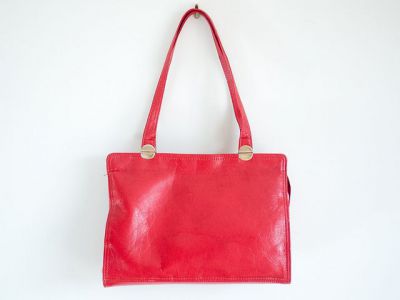 What to buy here: GILSON MARTINS’ BAG: Designer Gilson Martins started his career in 1982 making bags for hip labels such as Company, Shop 126, Fabricato and Cantão. But a casual encounter with curator Sheila Lerner on an airplane in 1990 gave him the encouragement to pursue a more ambitious route and turn his creations into works of art. Three years later he started producing his sculpture-bags for which he has become well-known. Since then his work has traveled far and wide, having landed on Paris’ Galeries Lafayette and the Deutsche Bank expo in Berlin and Munich during the World Cup in 2006. He’s also created a range called Lixo Nobre (‘noble trash’) that incorporates recycling and social responsibility into the design. Bold, funky and imaginative, Gilson Martins makes fantastic gifts for design lovers. He keeps three shops in Rio, this one is in Copacabana (R. Figueiredo Magalhães, 304. Tel: (21) 3816.552. On average, GM bags cost around $100, or more, although some smaller items cost around $50.
Image by Bess Georgette on Flickr under Creative Commons License.

This sight is featured in a self-guided walking tour of Rio de Janeiro, Brazil within the mobile app "GPSmyCity: Walks in 1K+ Cities" which can be downloaded from iTunes App Store or Google Play. Please download the app to your mobile phone or tablet for travel directions for visiting this sight. The app turns your mobile device to a personal tour guide and it works offline, so no data plan is needed when traveling abroad.