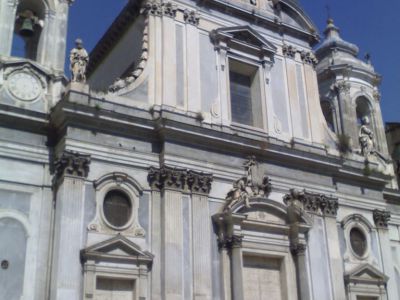 This small picture gallery is attached to the Girolamini Oratory in Naples. It has some of the finest works of Italian Renaissance artists on display.

The Girolamini Picture Gallery was installed in the beginning of the 17th century. It was placed in sacristy and managed by the fathers of the San Filippo Neri Oratory and not open for public viewing until 1961. After the devastating earthquake of 1980, the gallery closed its doors and opened again in 1995. Paintings on display were donated by the local aristocracy and private individuals as a religious offering to the Church.

The Girolamini Picture Gallery has displays covering six halls. The first hall consists of works from the 16th century to the 18th century. Valuable paintings displayed in the second room are the la Madonna con Bambino e San Francesco by Pomarancio and the Dorazione dei Magi by Federico Zuccari. The third and fourth rooms host works by Antonio Vaccaro, Giovanni Balducci and Francesco Allegri. The fifth room displays the well known San Pietro e Sant'Andrea by Domenichino among other renaissance works. There is an impressive collection by 17th century naturalist artists like Battistello, Caracciolo and Ribera on display and frescoes like the well known, Moses and David by Francesco Solimena.
Image by Baku on Wikimedia under Creative Commons License.