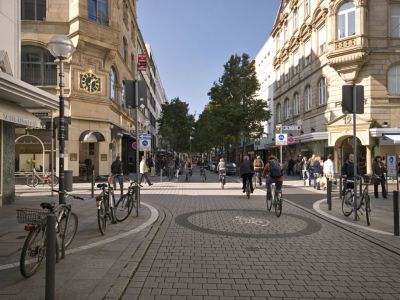 There aren't that many cities out there where most of the world’s finest luxury labels have taken up residence in a single street. Goethestrasse (Goethe Street) is one such avenue, where even the most discerning shoppers can find everything they want, all within a few steps, making it one of the most famous and the third busiest shopping lane in Germany.

Nicknamed Luxusgasse (‘luxury lane’) or Frankfurt's Fifth Avenue, this tree-lined street provides visitors with almost 300 meters of temptation, and is named after Johann Wolfgang von Goethe, a German writer and statesman. Built between 1892 and 1894, it has since survived more than one chapter of Germany’s turbulent history and is now home to a mix of classical, modernist and contemporary buildings that play host to some of the world’s biggest brands and most revered labels.