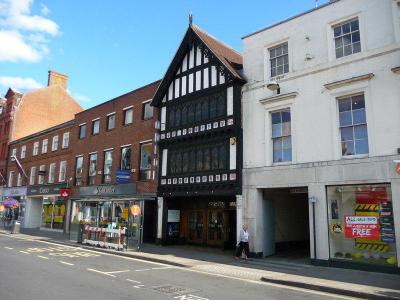 John Halle, a merchant and mayor of Salisbury, was the first owner of this house, which was built in 1470. The building, which now serves as the Odeon Cinema, is quite out of the ordinary. Its facade and foyer were designed in the Tudor style and date back to the 15th century. Its medieval interior has a fireplace with John Halle’s coat of arms, leaded windows, tall arched ceilings and walls decorated with pikes and armor. Even though the building now is home to a modern cinema, it has maintained its medieval charm.
Image by Chris Talbot on Wikimedia under Creative Commons License.