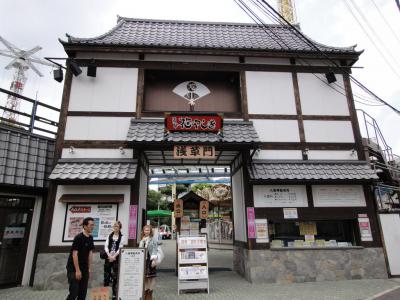 Hanayashiki is the oldest amusement park in Japan and has entertained hundreds of young visitors for over 146 years. It is a small facility that is packed with 20 interesting rides for children and adults.

The Hanayashiki was first opened as a flower park in 1853 when the commodore of the US Navy, Matthew Galbraith Perry visited Tokyo in the late Edo era. In 1872, play equipments were installed to entertain children. Western movies were shown in a small theater and a small zoo with exotic birds and animals was located inside. In 1923, tiger quintuplets were born here and in 1931, the first lion was born in Japan at the Hanayashiki.

After World War II, it became an amusement park managed by the Togo Company. The company has celebrated 50 years of managing the 146 year old park. It has become the most popular amusement park in the city. Besides rides, there are many lunchrooms and a shop selling park related souvenirs. Parents can purchase a pass that offers unlimited rides for children at the entrance. Facilities at the park include a first aid center, a lost children center and a lost and found center to help visitors in need, locker rooms and disability friendly restrooms.
Image by Dick Thomas Johnson on Flickr under Creative Commons License.
Sight description based on wikipedia