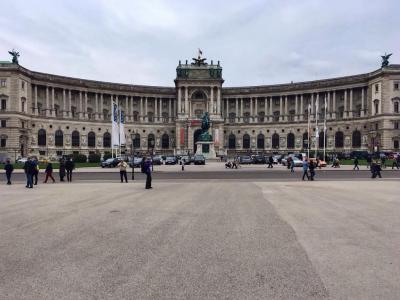 Located in the center of Vienna, for over 700 years the Hofburg has been the seat of Austrian power. Up until the end of the monarchy in 1918, it had served as the official home of the Habsburg Empire and the imperial winter residence. Originally built in 1279 as a modest city fortress, the Hofburg or “Castle of the Court” grew over the centuries – extended by each Austrian sovereign (emperors of the Holy Roman Empire from 1452, and emperors of Austria from 1806) – into a lavish palatial complex, becoming one of the most important centers of European history.

Numerous architects have worked at the Hofburg, resulting in a range of architectural styles, from Gothic to late 19th century Historicism. During the 18th century it was enlarged with several magnificent Baroque extensions, including residences (Amalienburg and Albertina), the Imperial Chapel (Hofkapelle or Burgkapelle), the Treasury (Schatzkammer), the Burgtheater, the Spanish Riding School (Hofreitschule), and the Imperial Mews (Stallburg and Hofstallungen). Between 1723 and 1735, the Imperial Library (Hofbibliothek), now the Austrian National Library, was built to house the precious collection of books owned by the Habsburgs. The Great Hall with its harmonious Baroque interior is one of the most beautiful of its kind in the world.

The Kaiserappartements and Albertina, the former state apartments and art collections, today draw crowds with hoards of imperial treasure and world-class collections of fine art. In the deep basement of one part of the Hofburg once was an imperial wine cellar spread over three floors. The remaining holdings of wine were auctioned off at the end of the monarchy and the space used for a depository of plaster models of fountains and monuments.

Overall, the sprawling Hofburg complex extends over 240,000 m² consisting of 18 wings, 19 courtyards and 2,600 rooms in which nearly 5,000 people still work and live. The rooms in which Emperor Joseph II once drew up his revolutionary program of reforms, where the Congress of Vienna met, and where Emperor Franz Joseph held audiences, now house the official residence and workplace of the Federal President of the Republic of Austria (located in the Leopoldine Wing since 1946) alongside offices of the ministers of the chancellor's office and the secretaries of state. The palace is also the permanent home of the Organization for Security and Co-operation in Europe (OSCE).

Why You Should Visit:
To gain insight into the world of Austria's illustrious emperors furnished and decorated to the highest standards of historical authenticity.

Tip:
There is also a chapel built inside the complex, which is open to the public. If you come for Sunday Mass, you will be able to listen to the famous Vienna Boys Choir performing here regularly.
Image Courtesy of Flickr and Brian Dooley.
Sight description based on Wikipedia.