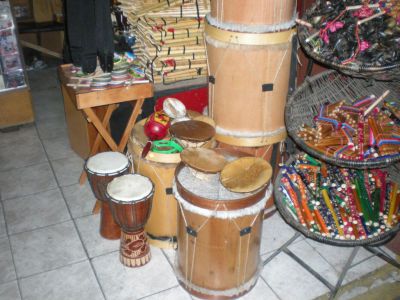 The Mapuche Indians were such fierce warriors. the Inca Empire, after having conquered all South America were defeated by the Mapuche, having successfully resisted many attempts to occupy their territory. The Mapuche also defeated the Spaniards, who also conquered all South America. The Mapuche resisted in southern Chile for about 200 years, until they finaly signed a peace treaty in the late 1880´s. There are two traditional Mapuche musical instuments: the trutruca – a long colorful trumpet that uses a cows horn for its bell and the kultrún – a leather and wood drum that is often painted with Mapuche symbols. Expect to pay between $30 and $60 USD for either instrument.