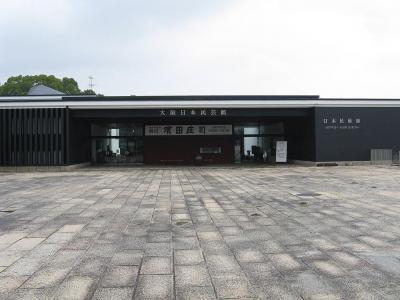 The Japan Folk Art Museum is dedicated to traditional arts and crafts by unknown rural artists. All the exhibits are unique handmade artifacts unlike the mechanical mass produced objects associated with industrialization.

The Japan Folk Art Museum shows visitors that modern Japan exemplified by the city of Osaka had a traditional and cultured past. It was opened in 1950 at Dojima, Kita ward of the city. It was first housed in a large rice granary that dated back to the Edo period. To commemorate the 10th anniversary of the museum in 1960, the present building was constructed offering more space and better facilities for display of the collections. The present museum covers an area of 3070 square meters.

The Japan Folk Art Museum has day to day objects made by folk artists. The techniques of making these unique objects were handed down from generation to generation. Objects of display include pottery, crockery used for traditional tea ceremonies, bronze crafts, textiles, glassware, toys made of wood and lacquer, bamboo crafts, objects made of paper and wooden objects. The museum also hosts special themed exhibitions, workshops and lectures from time to time. It stays open on all days of the week except Mondays and the 2nd Tuesday of every month.

Apart from being an urban public venue, the area is also a historical site, dating back more than half a millennium. Back in 1496, during the...  view more