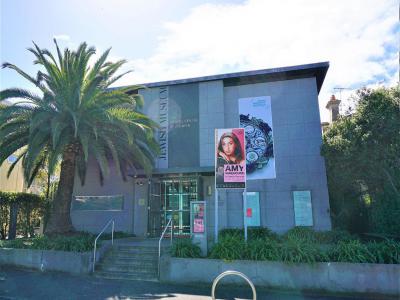 The Jewish Museum of Australia began in 1982 as part of the Melbourne Hebrew Congregation’s synagogue at South Yarra. By 1992 the range of exhibitions had grown and the museum had garnered community wide support and awards, and new premises were required. Since 1995, the Jewish Museum of Australia has worked from its site at Alma Road, St. Kilda to engage people with the Jewish faith and celebrate the diversity that exists within Australia. The museum is continually recognised for the innovative education programs and temporary exhibits that are delivered to the community.

Past exhibitions have included Women in the Bible: Tricksters, Victors and (M)others; Where The Wild Things Are - Maurice Sendak in his own words; Intersections - reading the space - Christianity, Judaism & Islam; An Old Song in a New Land and DIASPORA: Homelands in Exile Photographs by Frederic Brenner. There is always a dynamic program of events and installations reflecting the diversity of the Jewish people, faith and the communities in which they exist. Aside from visiting the exhibitions, the museum also holds Harmony Days, synagogue tours and education programs. The Jewish Museum of Australia is open Tuesday to Thursday 10am to 4pm, Friday till 3 pm, and Sunday from 10am to 5pm.
Image by Ferdinand Bol on Wikimedia under Creative Commons License.